Guinness Pure Black Experience Hall was hosted by Carlsberg Hong Kong at K11 Mall in Tsim Sha Tsui, from May 10th to July 5th 2019, to let everyone know more about this national beer Guinness from Ireland, and the host of the Event prepared 5 pieces of beer printer for client to use them to create a wonderful experience . 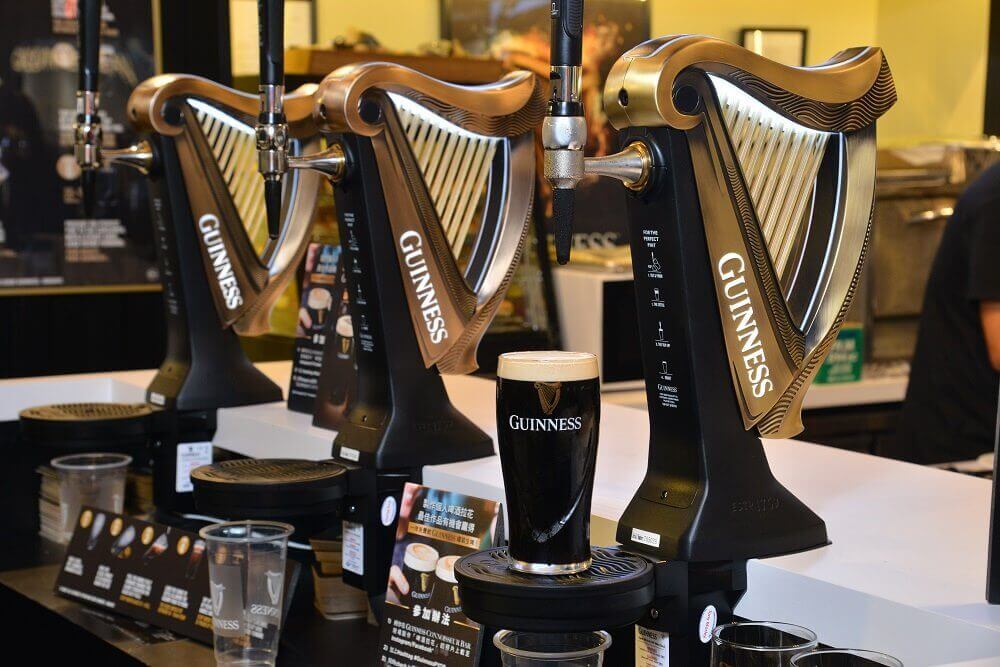 Guinness beer is famous not only the taste, it’s also because its foam not only thick but also pure white, it is extraordinarily attractive as it looks like a cream cake on the jewel-colored body. The related Guinness Pure Black Experience Hall combines the foam of the Guinness beer with the beer printer machine to launch the beer pull flower activity. Consumers love it because they can make their kid’s photo, mate’s photo or their pet’s photo on the surface of beer by beer printer, and it’s very easy, they can try it directly on site without downloading any application of beer printer. How to print photos on the surface of Beer by Beer Printer? It’s only 3 steps you needed: 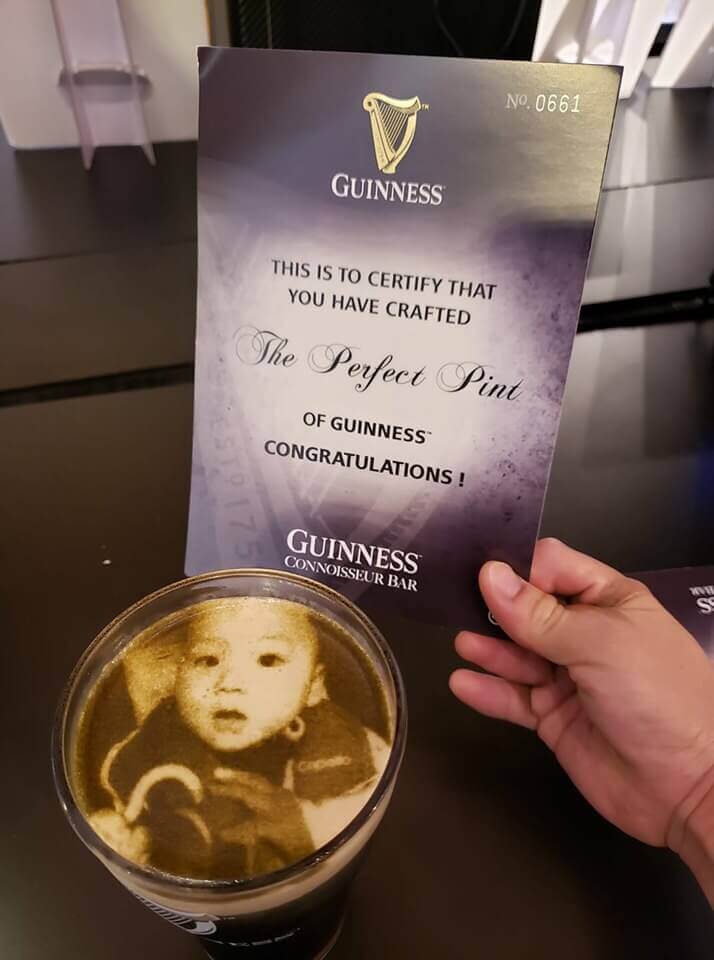 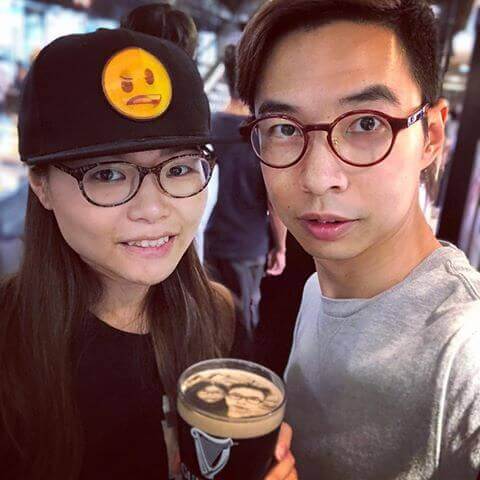 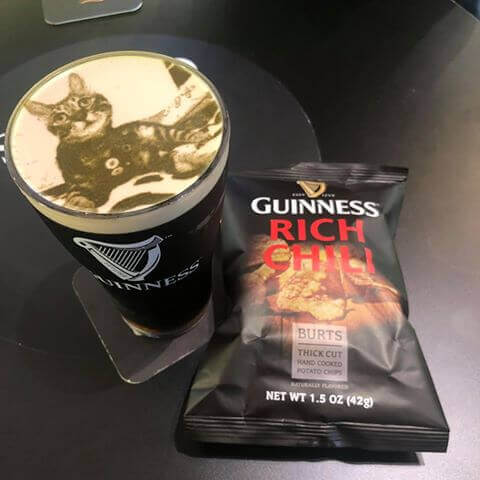 Compared to Dublin’s GUINNESS headquarters, the mall’s flash pop up is limited in size and can only outline the various characteristics of the brand. Of course, you want to understand the story behind the brand, the beer brewing process and the “perfect look” technology, or only 1.8 The high-profile GUINNESS iconic surge cups are used to make a card, and even buy a buried souvenir in Ireland. This is all for you. 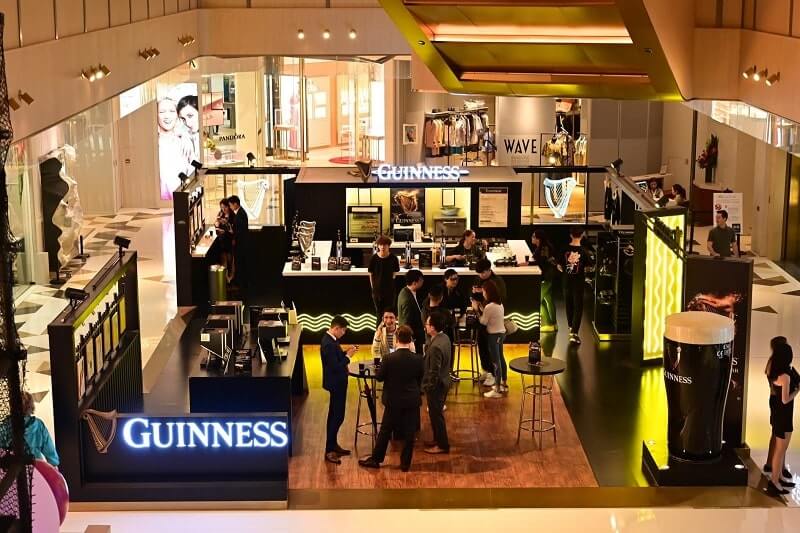 What people said about beer printer

People love it, they’re very excited about it and it takes only about 10 seconds and so they don’t have to wait for long and we actually have customers who don’t drink Guinness and they ordered guinness just because of the beer printer machine and the print so it’s great.

20% percent of customers who uploaded an image ordered Guinness for the first time just to see it printed.

The experience is so cool, it was amazing. Drinking and seeing my face, I like a whole new experiences and it’s a whole different way of drinking beer, it was amazing, I would see a picture of myself on the beer and it makes the experience so much better as a bar owner it’s important that the customers will have fun and cinoart beer printer gives me exactly that.

I never see so many people taking pictures of the beer. I think it fantastic, to be honest, I won’t really sure that what I was expecting, I came from Lantau just for this today, and now that I have it in my hand, it’s amazing, I love it!

This is so cool, I never drink beer like this, ever. Enough roses, let’s start sending some beers to girls this is the best thing.

People get so excited about it they take selfies and they have more fun while they drink their Guinness, so they eventually leave you higher and better tip.

People get so excited about it they take selfies and they have more fun while they drink their Guinness, so they eventually leave you higher and better tip.

About the Author: Sean Wang 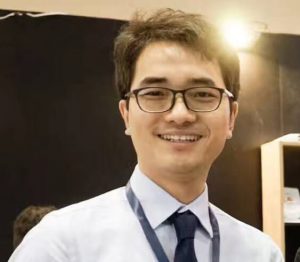 Hey, I am Sean. Founder of CINOART.
We will always be your best partner of Coffee Printer and Automatic Coffee Tamper. Reach me at sean@cinoart.com, maybe there is something more than expected.

Get a free quote

Get a Free Quote